The Lost in the Found

This is the seventeenth episode of the tenth season of Bones.

Sixteen-year-old prep school student Molly Delson is found dead, in a ditch in the Virginia Woodlands, her flesh mostly gone after having been dead for four days. One of the suspects is the man who found the body, who has a history of sleeping with underage girls. Her parents are also suspects, as fractures in the bones show signs of abuse that stopped at puberty. But the fractures could also point towards Molly having been overweight as a child, and her parents say she was an over-achiever who couldn't stand to disappoint anyone, and that she lost the weight as she entered her teen years through her own will power. Other suspects include the Headmistress of Molly's school, as well as some of her fellow students, two of whom are found rifling through Molly's possessions, and another with whom Molly had had a fight shortly before she died. But when they discover that Molly was bullied, and Brennan discovers similarities between her own teen years and the victim's, it leads the team to question whether or not Molly's death was, in fact, a murder. Meanwhile, Daisy may have found a new romance.... but is she ready to begin dating again? Booth and Brennan contemplate whether the bullies truly could have murdered Molly as they are mean and they did bully Molly but they didn't seem like they could have murdered anybody which makes Brennan want to go back and look at the evidence. Brennan goes back and look over the evidence and finds the truth to Molly's murder. Brennan reveal to booth Molly's death was in fact suicide and that the bullies pushed her over the edge. Her suicide was a way to get back at the bullies by making them seem they were the ones who murdered her by way of giving them special medication that knocks them out via vodka and so that they could not account for their whereabouts or their time around the time of her murder, Molly also took special medication To numb herself so she can stay alive long enough to stab herself in the right spot to frame them. Brennan also revealed that Molly's diary contain evidence of her eventual suicide. Molly's diary show that she was depressed and lonely and that bullying made her life very more difficult but she couldn't stand to disappoint her own parents that's why Molly chose to make her suicide look like a murder to get the ultimate revenge on her bullies by making them look overwhelmingly guilty. Brennan reveals that from the beginning she knew her murder was a suicide but she refused to see the truth and lied to herself that Molly's death was a murderer because of her denial of her pregnancy and the fact that she was scared to admit the truth to Booth that she was scared about having a bigger family. 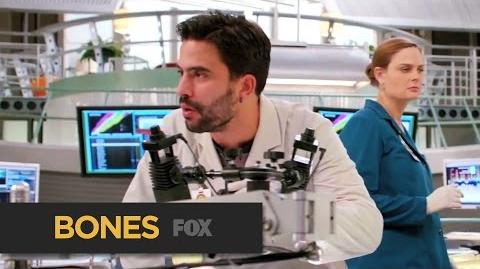 BONES Are You Ready? FOX BROADCASTING
trailer one 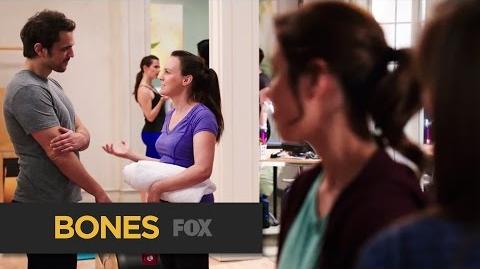 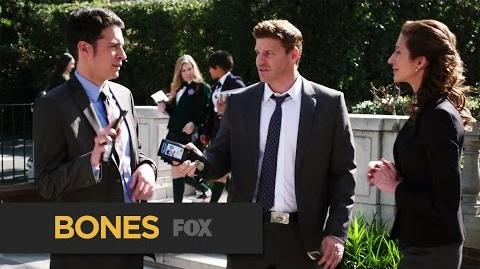 BONES The Perfect Couple from "The Lost in the Found" FOX BROADCASTING-0
Trailer three
Retrieved from "https://bones.fandom.com/wiki/The_Lost_in_the_Found?oldid=43184"
Community content is available under CC-BY-SA unless otherwise noted.