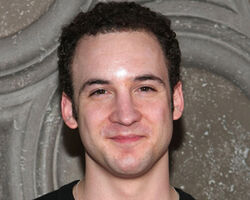 Remember sweet little Cory from Boy Meets World? Now Cory, or at least Ben Savage, is all grown up and ready to play a totally different role! TV Line announced that Ben Savage will play a murder suspect caught in a Mexican standoff:

“[Ben] is a murder suspect who is married to another suspect who has bought a lottery ticket with another two suspects,” reveals executive producer Stephen Nathan, before adding with a chuckle, “Who done it?”

Sounds kind of like a game of Clue right? Are you excited to see Cory in Bones? Tell us below!

Retrieved from "https://bones.fandom.com/wiki/User_blog:Kate.moon/Boy_Meets_World_Meets_Bones?oldid=9539"
Community content is available under CC-BY-SA unless otherwise noted.