Still sour over the role he played in Pelant’s latest crime spree, Sweets requests a leave of absence to “clear his head” in Monday’s all-new Bones (8/7c, Fox) — but his colleagues (Booth in particular) aren’t letting him go without a fight.

“[Sweets] is at a crossroads and he feels like he wants to do something more with his life than what he’s [currently] doing,” explains David Boreanaz in the following promotional video, which features new footage of the shrink’s emotional goodbye. 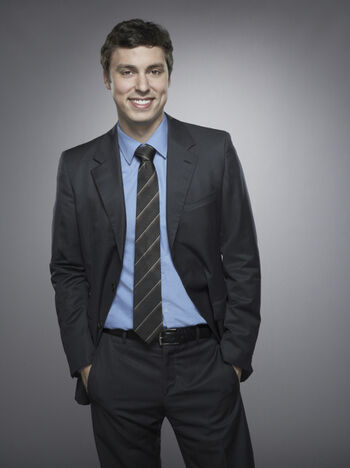 Retrieved from "https://bones.fandom.com/wiki/User_blog:VampiresAndWerewolfsareAwesomeAsHell23/Lance_Sweets_Leaves_FBI_(****Spoiler*****)?oldid=17466"
Community content is available under CC-BY-SA unless otherwise noted.